Thursday I (Thijmen) landed safe en sound in Istanbul. After taking the bus for 1 hour I arrived at Taksim, it was really quiet so no worries about joining the locals in their protests! What followed was a non stop tour in the old city: Sultanahmet. I visited the blue mosk, Aya sofya, Topkapi Palace, Basilica Cistern, three musea and walked around some other sites. Magnificent!

At 20:20h I left Istanbul for Bishkek, a four hour flight and a four hour time difference. In Bishkek airport I met up with Pau and Wolfgang. After the passport control we met our driver, in a car with the steering wheel on the right. In Kyrgyzstan they drive on the left side of the road but there are a lot of cars imported from Japan because it is cheaper! In the hostel in Bishkek we met Alexander, the project leader of Lenin peak 2013. At 82 still fit! Georg, Maximillian, Sergey and Philip we met as well. Already a group! During the day we explored the city, its Sovjet buildings and monuments. A different world compared to Europe, a good experience! Rim will join the group tomorrow morning, when we leave early to catch our flight to Osh. Lenin Peak is coming closer! 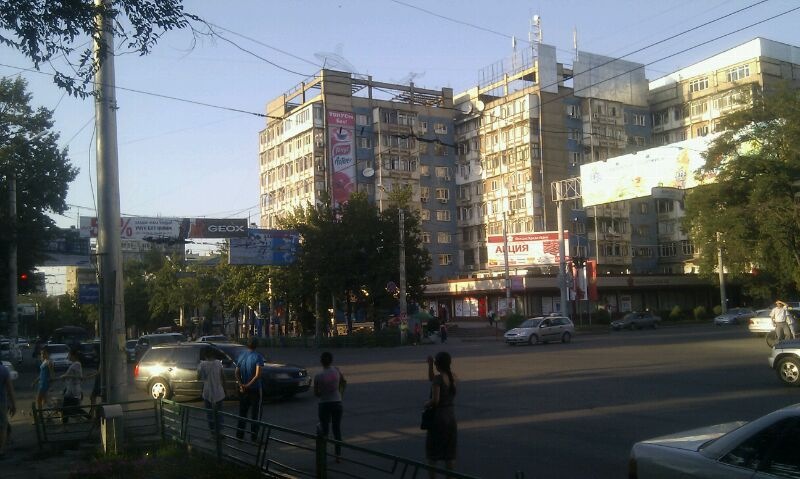